When you exercise your body is constantly working to supply your muscles with enough energy to keep going, but the way energy is made available to your muscles changes depending on the specific intensity and duration of your exercise. Read the rest of this article to learn more about the exercise energy systems that keep us moving. 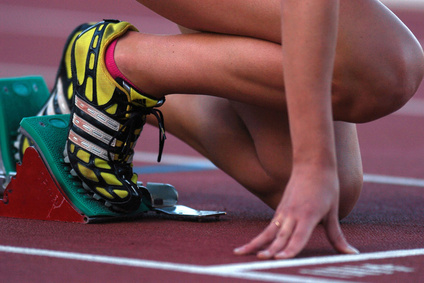 Before discussing the various systems by which your body can provide energy to your muscles, we first need to define what muscle "energy" actually is. We know that your muscle cells need an energy source to be able to contract during exercise. At the highest level, the energy source for muscle contractions is the food you eat. A complex chemical process within your cells, called cellular respiration, ultimately converts the energy stored in the foods you eat into a form that is optimized for use at the cellular level of your muscles. Once food energy has been converted by cellular respiration it exists at the cellular level in the form of a molecule called adenosine triphosphate (ATP).

The cellular respiration process that converts your food energy into ATP is in large part dependent on the availability of oxygen. When you exercise, the supply and demand of oxygen available to your muscle cells is affected by the duration and intensity of your exercise and by your cardiorespiratory fitness level. Luckily, you have three exercise energy systems that can be selectively recruited, depending on how much oxygen is available, as part of the cellular respiration process to generate the ATP energy for your muscles. They are summarized below.

This energy system is the first one recruited for exercise and it is the dominant source of muscle energy for high intensity explosive exercise that lasts for 10 seconds or less. For example, the alactic anaerobic energy system would be the main energy source for a 100 m sprint, or a short set of a weightlifting exercise. It can provide energy immediately, it does not require any oxygen (that's what "anaerobic" means), and it does not produce any lactic acid (that's what "alactic" means). It is also referred to as the ATP-PCr energy system or the phosphagen energy system.

The alactic anaerobic energy system provides its ATP energy through a combination of ATP already stored in the muscles (about 1 or 2 seconds worth from prior cellular respiration during rest) and its subsequent rephosphorylization (about 8 or 9 seconds worth) after use by another molecule called phosphocreatine (PCr). Essentially, PCr is a molecule that carries back-up phosphate groups ready to be donated to the already used ADP molecules to rephosphorylize them back into utilizable ATP. Once the PCr stored in your muscles runs out the alactic anaerobic energy system will not provide further ATP energy until your muscles have rested and been able to regenerate their PCr levels. Creatine supplementation is a method used to extend the duration of effectiveness of the alactic anaerobic energy system for a few seconds by increasing the amount of PCr stored within your muscles.

Now you have a basic understanding of the three exercise energy systems that keep you active. As a final note, it's important to understand that, although one of the systems will be the dominant source of your energy during a particular type of exercise, all of the exercise energy systems are active at all times. It is simply the relative amount of energy that each system is providing that will change with varying exercise intensity and duration. Therefore, you will never be receiving your energy exclusively from one energy system while you are exercising, but from all three to different degrees.