Creatine is a naturally occurring substance that helps regulate energy supplies to the muscles in our bodies. In the past decade creatine has become one of the most prevalently used ergogenic aids (an ergogenic aid is any external influence that can positively affect physical or mental performance) amongst both competitive and recreational athletes. The surge in creatine's popularity was initiated in 1992 by an experimental study that proved oral supplementation of creatine will increase its content in muscles. Studies subsequent to the one performed in 1992 confirmed that increased creatine content in muscles correlated with an increased muscle productivity. 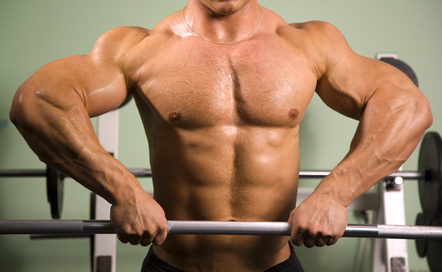 Over 95% of the body's total creatine content is located in skeletal muscle (skeletal muscles are the ones that attach to your bones and allow you to voluntarily move your body, as opposed to the smooth and cardiac muscles of your intestines and heart, respectively, which you cannot consciously control). It is consumed through supplementation, or a diet consisting of meat, fish and other animal products, and it is also produced within our bodies from the amino acid precursors glycine, arginine and methionine by enzymes located in the liver, pancreas and kidney. We normally consume about 1 gram of creatine each day in our diets and this amount is combined with the creatine made by our bodies to replace the average 2 to 3 grams per day that is expelled in the urine after having been used.

How Does Creatine Supplementation Work?

The ergogenic effects of creatine have been found to originate from its ability to increase the availability of energy for muscle contractions. An increased amount of creatine in your muscles will allow them to contract for longer periods of time before tiring out and it will reduce the amount of rest time required to regain your energy after you've tired out. The physiological explanation for how this works is complex, but what follows is a very simplified summary:

Within our muscles creatine concentrations are divided into two separate pools. Approximately one third of all creatine exists in its free, unphosphorylated form (Cr) and the other two thirds are in a phosphorylated form, called phosphocreatine (PCr). When your muscle fibres contract, they get their energy for the process by splitting an organic compound called adenosine triphosphate (ATP). When ATP is split it produces adenosine diphosphate (ADP) and a single phosphate group (P). Continuous and intense muscle contraction will eventually lead to a depletion of ATP stores that must be regenerated if muscle contraction is to continue. To regenerate ATP stores so that your muscles don't tire out too quickly, your PCr will donate its P group to ADP and ATP will be formed, allowing muscle contraction to continue. This method of ATP generation is called the alactic (this word means "without lactic acid") anaerobic (this word means "without oxygen") energy system, and it is one of three Exercise Energy Systems that your body can recruit to generate ATP while you exercise. When you ingest creatine through your diet or through supplementation, you are ultimately, although not directly (it is somewhat complex), increasing your PCr stores and therefore adding a buffer to the length of time that you will be able to contract your muscles for before they tire out.

What Forms of Exercise Benefit From Creatine Supplementation?

The benefits derived from creatine supplementation are dependent on the nature of the exercise being performed. The alactic anaerobic energy system described above is the first system recruited for muscle contraction and can last for only about 10 seconds of intense exercise after which the lactic anaerobic and aerobic energy systems become the main contributors to ATP production. For this reason creatine supplementation is optimal for an exercise regimen involving short bursts of anaerobic maximal exercise interspersed by aerobic (this word means "with oxygen") recovery periods. By supplementing with creatine you can potentially add a couple of seconds to the time span over which your alactic anaerobic energy system is capable of supplying ATP for muscle contraction. Resistance training, ice hockey, American football, and short sprint activities are all examples of exercise forms ideally suited for creatine supplementation.

In resistance training, for example, the goal of which is to increase strength through a gain in muscle mass, creatine supplementation allows you to amplify the effectiveness of your workout. The elevated level of creatine in your body results in the capacity to perform more repetitions of an exercise during each set before the onset of fatigue and it also decreases the amount of rest time required between sets. This essentially allows you to put more strain on your muscles while you're working out and as a result it causes a more substantial hypertrophy (increase in size) of the muscles involved (muscle contraction being the foremost stimulus of muscle hypertrophy).

No strong evidence has been found to indicate that creatine supplementation is unsafe. A risk assessment for creatine supplementation performed by the Council for Responsible Nutrition concluded in 2006 that the evidence of safety is strong for chronic supplementation levels of up to 5 grams per day. Of course, this safety assessment assumes that you are supplementing with a high quality source and that you are already a healthy individual with no medical conditions. It is always best to consult with your physician before supplementing your diet with anything. As for side effects, people supplementing with creatine should expect to see a fairly quick increase in body mass ranging from approximately 1 kg to 4 kg. This initial gain in body mass is thought to be the result of water retention within the muscles and is not a cause for concern. And no, the water retention will not make you look fat, because the water is retained within your muscles where the creatine accumulates. It will actually just make your muscles look bigger.

What Kind of Creatine Should I Supplement With?

There are a number of different forms of creatine that are available on the market, but your best bet is to use a pure creatine monohydrate powder. Make absolutely sure that you are buying it from a reputable company whose purity claims can be trusted. Creapure is probably the most recommended brand of creatine available and it is sold by a number of different companies (for example, Prolab and Kaizen both sell the same Creapure brand of creatine and you should be able to find the Creapure logo or word somewhere on the product).

How Much Creatine Should I Supplement With?

Some people and/or companies will recommend a "loading" phase of 10 to 20 grams per day for the first 5 days, but there is evidence that this isn't necessary. If you choose to supplement with creatine, you are probably okay to just begin taking 5 grams total per day (split the 5 grams up into two or three different servings).