Proteins are primarily used as building blocks to form and maintain the structural and functional elements of your body. To be more specific, proteins are building blocks for the construction of muscles, tendons, ligaments, skin, hair, finger nails, bone, cartilage, brains, antibodies, enzymes, hormones, hemoglobin, and many other substances within the body.

Proteins, along with fats and carbohydrates, are macronutrients. That means that proteins are nutrients that are required in relatively large amounts within the body, and that they are capable of providing caloric energy when consumed (as opposed to vitamins and minerals, which are micronutrients and do not provide any caloric energy when consumed). Generally speaking, proteins will primarily be used by the body as building blocks in their structural roles discussed above, rather than as a source of caloric energy. However, when there is a shortage of fat and carbohydrate derived caloric energy within the body, for example during starvation, protein (primarily muscle) can be broken down to become an energy source. 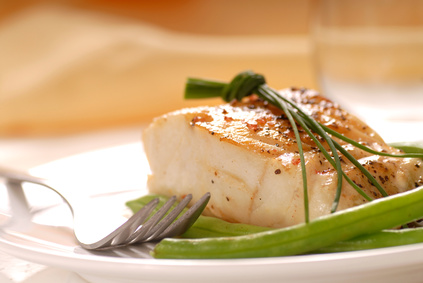 Protein in your Diet

The table below displays the Dietary Reference Intakes (DRIs) for protein amongst all age groups of both sexes.

* For infants aged 0 to 6 months old, the value provided is an Adequate Intake (AI) value rather than a Recommended Dietary Allowance RDA value. The source of the above table makes the following comments about RDAs and AIs:

RDAs and AIs may both be used as goals for individual intake. RDAs are defined to meet the needs of almost all (97 to 98 percent) individuals in a group. For healthy breastfed infants, the AI is the mean intake.

When broken down into a percentage of total energy intake, your consumption of proteins should follow the general guidelines in the table below:

For example, if you are an adult that consumes 2000 calories per day it is recommended that 10% to 35%, or from 200 calories to 700 calories, are derived from proteins.